Posted by Carol Nelson on Wednesday, August 30, 2017 · Leave a Comment 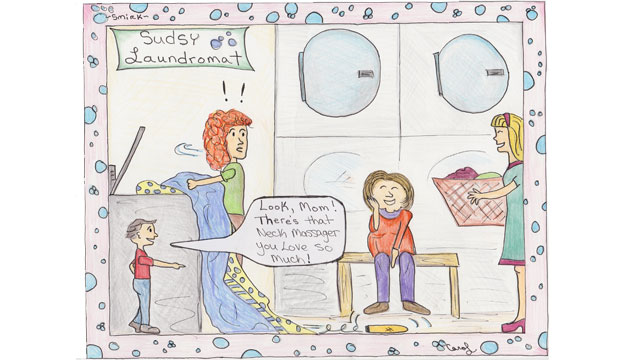 So I was watching one of the morning shows as they were interviewing some hot new humor writer that was whoring out her “fabulous” new mommy book on the trials and tribulations of being a mom with only two nannies and how she juggles it all.  Don’t  ya’ just love it when some rich bitch with nothin’ to say, decides on a whim to try to write because she’s bored of being a trophy wife?  {simmer}  Nooooooo….. I’m not bitter that I’m an unemployed single mom with a Masters degree selling her own humor book out of the car trunk like they were fake Coach bags.

My “Kids found the Vibrator” experience would have made her little vanilla mind snap like a cracker.  I wished it was as innocent and silly as them finding it in the bed.  Ugh!  My horror tale begins at the local Laundromat where pretty much the dregs of society go.   The real creepy vampire lookin’ dudes typically come out after midnight at those “Open 24 hour” ones.  If I actually see someone I know there I say, “My machine broke this week so I’m forced to come here; it sucks!” knowing full well my landlord won’t spring for the plumber to run a hook-up.

So there I am at the Sudsy Laundromat with the kids when the snooty bitch down the street with the McMansion and her bratty daughter happen to walk in with a blanket.  “Oh, hey Carol!  I just popped in to put this bulky quilt in the machine; I don’t want to ruin my washer at home.” This is followed by a fake laugh that could peel paint.  “So what are you doing here, Carol?”   I started saying something about me not wanting to ruin my machine with bulky blankets too, as I’m standing in front of the machines I just filled with ripped underwear.  I was trying to pretend they weren’t mine while my kids were pulling on me for quarters for the candy machine.  “MOMMY, you promised you’d get me Skittles last week when we came here!”  Dammit, I hate it when they throw me under the bus.  It’s moments like this that I’ve gotten pretty good at grinning “NO!” between clenched teeth while trying not to be too obvious I wanted to kill them.

Sweet Baby Jesus!!! That’s when it happened!!!  While pulling out my own bed sheets and blankets from the hamper and shoving them into the machine, my vibrator fell out of the sheets and rolled across the Laundromat floor turning on in the process.  Holy Smokes it vibrated louder than a fuckin’ chainsaw as it rolled all the way down the row of machines and passed about a dozen people gasping and laughing while they pulled out their stupid cells to record it.  My heart was pounding harder than a rhino in heat as my eyes popped outta’ my head and I had to scrape my bottom lip off the linoleum.  I instantly broke out in a sweat and bolted for it like it was the last piece of chocolate after the apocalypse.

As horrifying as this all sounds it’s not the worst part.  That part came when my son suddenly blurted out, “Hey Mommy!  That’s the neck massager you love so much!”  (Thank God  it was the smooth metal one and not the rubber penis shaped one.)   Dammit!!   I’m not a camel that can go for miles on end without some action!!!   A gal’s gotta do what a gal’s gotta do!

The nail in the coffin was when the stupid thing rolled under one of the machines and the kids were trying to get it out with a broom which prompted the manager to ask what the hell was going on.  The kids shouting, “Mommy lost her vibrating thing under the dryer and we’re trying to get it out,” was beyond cringe-worthy.  I think I opened a random load of clothes in the rinse cycle and threw up in it, but I can’t be sure since I was fighting a full blown panic attack and trying not to faint.

A meltdown of biblical proportions followed that I ain’t proud of.  I just fumbled getting the stuff in the machine, yelled at the kids because that’s what you do in situations like this – you yell at the kids that it’s their fault.  It didn’t help that the McMansion bitch asked how long it’s been and mentioned her hot rich husband could set me up with his disgusting chauvinistic accountant.   Why could I not have spontaneously burst into flames at that moment?!  Why?!  If there ever was an embarrassing scene that would be cause for bursting into flames this would be it.  And there is just no way you can save face while trying to get out the door with toothless wonders laughing at you and tweeting about it.  Grrrrrrr…. 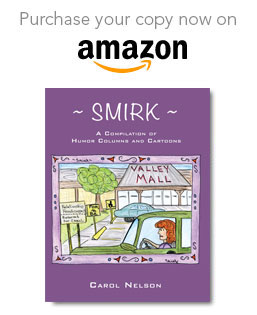